Mayor Hancock’s Director of Strategic Communications & Media Policy Theresa Marchetta has been mixing it up on Twitter with a who’s who of journalists over the weekend as the peaceful protests followed by semi-violent riots took place. Among those involved have been Jeremy Jojola, Steve Staeger and Marshall Zelinger from 9News; Alex Burness from The Denver Post; and Mitchell Byars from the Boulder Daily Camera.

Former Westword staff writer Chase Woodruff captured some of the interactions on Twitter. 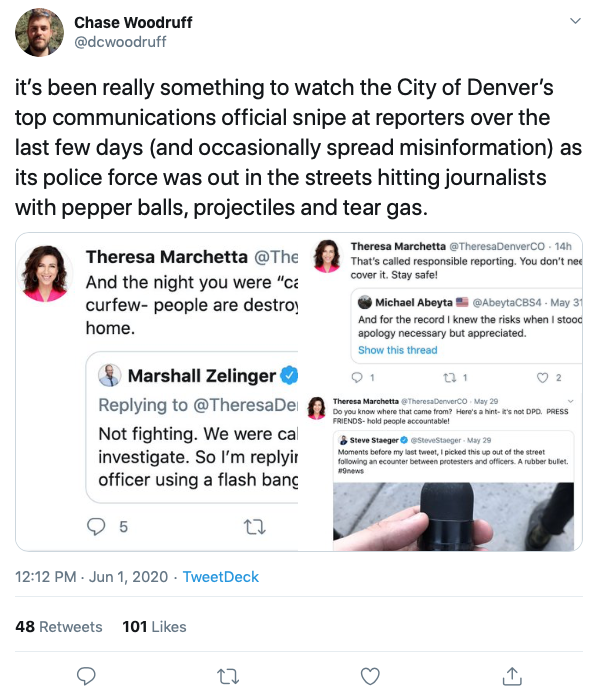