As 2018 comes to a close, I take time to reflect on some of the higher-profile PR disasters, debacles and mistakes:

Roseanne Barr – There has always been a fine line between creative genius and mental illness, and it can be argued that Roseanne wobbled along that line when she melted down on Twitter in May. Riding high from the return of her groundbreaking television show, “Roseanne,” the mercurial star made outrageously racist comments about a former advisor to President Barack Obama. ABC immediately canceled her show, then revived it as a separate show, “The Conners,” that does not include her.

One company did emerge from the Roseanne debacle looking good, however: Sanofi, the makers of the sleep drug Ambien. When Roseanne said her tweets were a byproduct of using the drug, Sanofi responded by saying, in part, that “racism is not a known side effect of any Sanofi medication.”

Apple– The computer giant started 2018 with the corporate equivalent of a big New Year’s Day hangover when it was disclosed that the company was throttling iPhone performance to maximize battery life. While that trade-off is one that many might willingly choose, the fact that they didn’t let consumers make their own decisions was at the heart of the problem. Apple apologized and quickly offered an inexpensive battery replacement program for older phones, but the company still got a tidal wave of “planned obsolescence” stories that questioned its integrity.

If you are headed to the big game in Denver – and it really doesn’t matter which one – you may want to skip the concession line. ESPN studied recent health inspection reports from 107 pro-sports stadiums and arenas and found that Mile High Stadium, Pepsi Center and Coors Field all rank in the bottom 10.

The article is especially tough on the Colorado Rockies. Let’s just say that Dinger isn’t the only rodent wandering Coors Field. The lead paragraph in ESPN’s report:

“Most Cracker Jack boxes come with a surprise inside. At Coors Field in Denver, the molasses-flavored popcorn and peanut snacks came with a live mouse. A health department inspector found the mouse in a commercial-size bag of Cracker Jacks at Coors Field in September 2016, along with five live cockroaches in a trap in a storage room. Two weeks earlier, inspectors had found copious amounts of mouse droppings on a kitchen floor, in food-prep trays, inside a bin of rice and amid bags of cookies that had been chewed. Dead mice were found, and another live one had been found.” 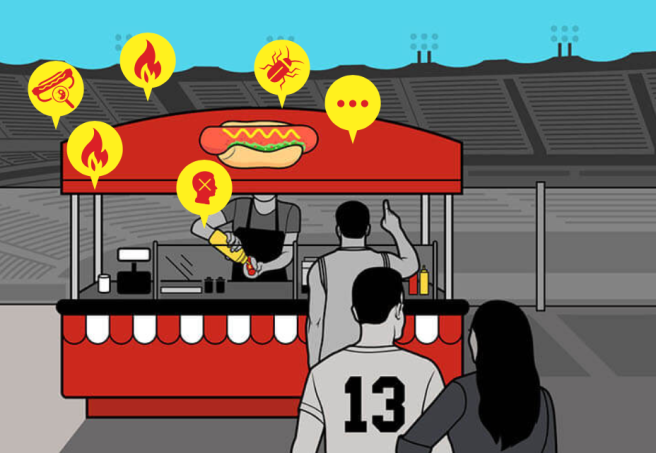 PRWeek has named Denver’s 104 West as a finalist for its Outstanding Boutique Agency award. From CEO Patrick Ward:

When we submitted our entry, we were very honest and open about some critical decisions we had made which impacted our business negatively at first, but then very positively. For those who follow our shop, we have focused very assiduously on a communications strategy that we believe fits today’s PR world and offers our clients the best way to begin and maintain conversations with their markets. We also believe that that is the essence of a boutique agency. It’s about doing something specific and doing it really well. It’s not about just being a smaller version of a big, full-service agency. And we can now presume, at some level, the judges agreed.

104 West was also named a finalist in the Best in B2B category for one of its campaigns for longtime client Magisto. Winners of both awards will be announced in March.