The University of Colorado–Denver student newspaper’s choice for the cover of its annual “sex issue” has the university’s student body president demanding an apology. Fox (of course) has the details.

Michael Roberts at Westword has multiple sources telling him that the Denver Post has begun the process of cherry-picking Rocky Mountain News talent. 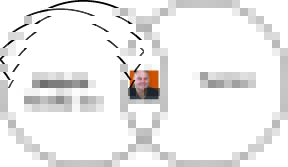 E.W. Scripps CEO Rich Boehne popped out of his hole this morning and saw his shadow, which means six more weeks of excruciating limbo for Rocky Mountain News employees. If I were Boehne, the first thing I would do, aside from using my bonus money to short Scripps stock, would be to hire David Milstead to calculate how much it would cost to shut down the Rocky, since apparently even 10 weeks after stating his intention to sell or shutter the paper he still has no idea how much it would cost to actually close it down. Ten weeks. Seriously. Oh, and Scripps employees nationwide will see pay cuts of 3-5 percent.