New York Times: “When the left sneaker of college basketball’s biggest star split open on national television Wednesday night 30 seconds into the biggest game of the season, what spilled out was not only his foot but also questions about the future of a marquee player and about the huge influence shoe companies hold over big-time college basketball.”

“The episode occurred in a game between the archrivals Duke and North Carolina. Zion Williamson, a Duke freshman, pivoted with the ball above the foul line, and the sheer force of his 285-pound frame and acrobatic versatility appeared to cut the shoe almost in two, as though severed by a sharp knife.”

“Former President Barack Obama, sitting on the sidelines at the Duke arena, was seen on video pointing at Williamson and appearing to say, ‘His shoe broke.’ “ 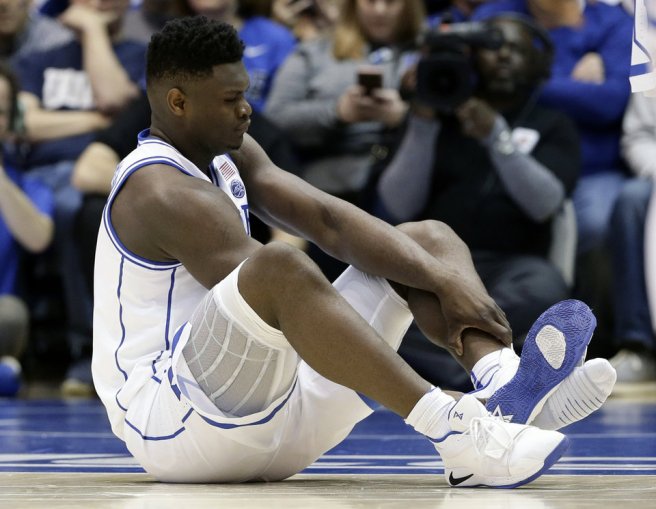